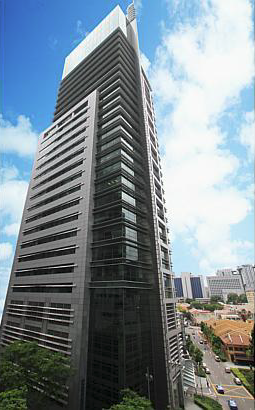 The 18th floor of Samsung Hub at Church Street has been put up for sale, hot on the heels of sustained demand for strata commercial units and a record price set for a unit on the 17th floor.

CBRE, the marketing agent for the sale, said yesterday that there have many inquiries about units in the 999-year leasehold office tower, following the recent sale of all six strata units on the 17th floor.One of the units on that floor, an 883 square feet office, sold for $3,500 per square foot (psf) in April, a record psf price for the building. Sammi Lim, associate director for investment properties at CBRE, said: “We expect the 18th floor to be equally, if not more popular being a higher floor that also comes with an auspicious number.”

Average transacted prices at Samsung Hub have risen 14 per cent in the last two years, CBRE said in an earlier report, amid sustained interest for strata office space.The 18th floor is owned by a partnership between Buxani Group and a group of investors advised by Seychelles-based Capital Management Group.  The partnership was also the seller of the units on the 17th floor, and still owns the 19th and 21st floor of Samsung Hub.Kishore Buxani, managing director of Buxani Group, is in no rush to force a sale. “If the price doesn’t match our expectation, then we’ll just keep it. I’m happy to hold this.”

The guide price for the 18th storey of Samsung Hub has been set at $43.3 million, or about $3,300 psf, CBRE said. This works out to a gross yield of over 3.2 per cent per year. The strata space is 13,132 sq ft, with six offices between 883 sq ft and 3,595 sq ft that are fully leased to three tenants. The buyer can sell the strata units individually later. Nearby, at the 99-year leasehold SBF Center between Robinson Road and Cecil Street, the latest three office units sold for $3,232 psf to $3,436 psf, CBRE said, citing caveats lodged.

Mr Buxani was upbeat about demand due to the rarity of Grade A office space with a 999-year tenure. He revealed that about six to seven parties, mainly Chinese groups, have asked to view the 18th floor in the two months since the 17th floor units were sold.  The interest from foreign entities may be down to visibility, as “they want to have a nice address”.

“It’s the same when Singapore companies go overseas, they want to be in the CBD (Central Business District) of the country,” Mr Buxani said. The sale for the 18th floor of Samsung Hub will be done by an expression of interest and the exercise will close at 3 pm on July 24.