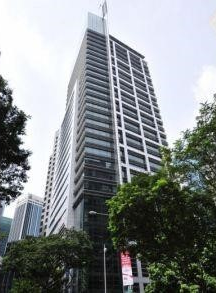 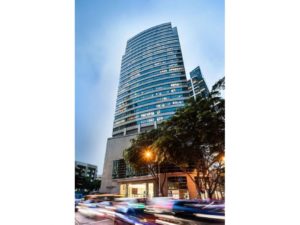 AT LEAST two sizeable strata office deals have been done lately in the Raffles Place area: Level 19 of Samsung Hub, and half of the 11th floor at Prudential Tower.

The 19th floor of Samsung Hub along Church Street has been sold for nearly S$41.7 million or S$3,175 per square foot (psf) based on the strata area of 13,121 sq ft. The buyer is said to be a foreign party purchasing the space purely as an investment. Market watchers say that might have resulted in the psf price being lower than the S$3,225 psf fetched for the whole of the 18th floor spanning 13,132 sq ft, sold last month.

In that transaction, which amounted to S$42.35 million, the buyer is believed to an Asia-based group involved in the oil and gas business among others, looking to occupy the space; existing leases on the floor run out in phases starting later this year. An owner occupier may be more motivated to pay a higher price than an investor. The lease on the entire 19th floor was recently renewed until 2017. The net yield to the buyer is believed to be sub-3 per cent.

The 18th and 19th floors each comprise six strata units. The seller of both 18th and 19th floors is Church Street Holdings – a partnership between Buxani Group and a group of offshore investors advised by Mukesh Valabhji of Seychellesbased Capital Management Group. Savills is said to have brokered the sale of the 19th floor.

With the latest sale, Church Street Holdings has sold five of the six floors in the 999-year leasehold building that it acquired from OCBC in 2007 for S$1,560 psf or S$122.4 million. The six floors were Levels 16-21. The company is now left with Level 21, for which it is said to have received unsolicited offers.

Over at Prudential Tower, which is on a site with about 80 years’ balance lease, half of the 11th floor space, under a single strata unit of 5,952 sq ft, has been sold for S$2,750 psf or S$16.368 million. CBRE brokered the sale, which was made to a Chinese construction group that currently occupies rental premises elsewhere in Singapore and plans to eventually occupy the Prudential Tower space it is purchasing. The space is currently leased to two tenants; the leases are said to expire next year.The unit is being sold by a consortium that earlier this year bought Keppel Reit’s 92.8 per cent stake in the building for S$512 million or nearly S$2,316 psf on net lettable area.

Comprising KOP Limited, Lian Beng Group, KSH Holdings and Centurion Global, the consortium is said to be preparing to launch an expression of interest exercise for the other half of the 11th floor of Prudential Tower, spanning 5,102 sq ft under a single strata unit. CBRE will be marketing the unit in Singapore, while Savills will do the overseas marketing. The pricing expectation is expected to be in excess of S$2,750 psf.

Also available for sale is a half-floor unit, also 5,102 sq ft, on Prudential Tower’s 16th floor owned by the consortium. Galven Tan, director (investment properties) at CBRE, noted that the strata office market is still seeing keen buying interest from potential owner occupiers. Market watchers, note, however, that since the total debt servicing ratio framework was introduced in June last year, strata office investors have found it harder to get loan approval compared with those buying the space for their own use