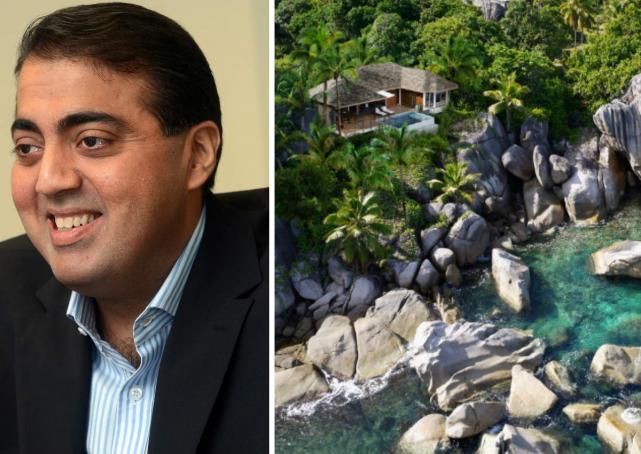 SINGAPORE property investor Kishore Buxani and his Seychelles-based partner have invested US$115 million in the first-phase development of an island in the Seychelles.

A 30-villa plush resort operated by Six Senses soft-opened earlier this month and construction on four of 17 luxurious private residences for sale is nearly completed. These two components make up about one-third of the island.

Mr Buxani and his partner, Mukesh Valabhji, own a company that was granted a 99-year lease on the 268-hectare Felicite Island about nine years ago. The granatic island is part of the 115-island Indian Ocean archipelago known as The Republic of Seychelles – off the east African coast.

Explaining the background of his investment, Mr Buxani told The Business Times that Felicite Island – also known as Zil Pasyon (or “island of passion” in the local Creole language) – was originally acquired on a 99-year lease starting in August 2007 from the Seychelles government by a local promoter and a group of investors, with the aim of developing a luxurious world-class resort and residential villas.

“The initial infrastructure works began in 2008 but due to the global crisis which erupted later that year, the project stalled for more than four years before my partner Mukesh Valabhji and I got involved in early 2013. Subsequently, construction was restarted in the middle of that year and we later appointed Six Senses to operate the resort.”

Made of Balau wood and wood-shingled roofs, Six Senses Zil Pasyon’s 30 villas are nestled discreetly amid lush tropical greenery, making them invisible from afar to ensure privacy for villa guests. Rates at the resort start at about 1,650 euros (S$2,500) per night.

The villas range from around 200 square metres to 500 sq m each. Perched high up on the island is The Six Senses spa, which is slated to open early next year.

As for the 17 private residences slated for sale, prices range from 4.9 million euros to 11.5 million euros. Each residence will be issued its own 99-year leasehold land title; plot sizes are from 2,508 sq m to 7,071 sq m.

Built-up areas for the three to five-bedroom residences range from 600 sq m to 1,200 sq m. Residents will have access to all the services and amenities of the Six Senses Zil Pasyon resort. The owners of the residences will have the option to either keep their properties exclusively for their own use or to pool them for Six Senses to manage.

Mr Buxani highlighted that there was no capital gains tax on the sale of property in Seychelles. Neither is there any annual property tax or inheritance tax in the country. However, the owner of a residence in the project who chooses to pool his property for Six Senses to manage will have to pay 15 per cent income tax on the net earnings.

Of the four residences that are close to being completed, three have been sold to high net worth investors from the Middle East and Europe – all of whom have chosen to keep their properties for their private use.

“The fourth residence will serve as a show-unit to potential buyers and we’ll build the balance 13 residences upon demand,” said Mr Buxani, 44.

His Singapore-based Buxani Group and Mr Valabhji’s Capital Management Group (CMG) have teamed up for several property investments in Singapore. In 2006, the duo acquired an office building at 108 Robinson Road (formerly GMG Building and now known as Finexis Building), which they have since divested.

The partners also used to own the entire seven-level commercial podium of Thong Sia Building along Bideford Road in 2013 before selling it off in a collective sale of the entire building in 2015.

Mr Valabhji is a fourth-generation Seychellois entrepreneur with businesses in telecoms, techonology and real estate. He owns Intelvision, the dominant telephone, cable television and broadbank Internet provider in the country. He also owns properties in Dubai and Bulgaria.