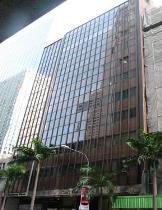 SMALLER local property firms that have been sidelined by the big boys are now tying up with overseas funds to give them a leg-up in the game.

GMG Building in Robinson Road, for instance, was recently sold to Robinson Land, a new venture between two directors of local property investment firm Buxani Group and a group of overseas investors.

They bought the 54,831 sq ft office building for $48 million – the biggest property purchase so far by Mr Kishore Buxani and his brother, Haresh.

“This is a bigger property than what we’re used to, so we brought in some investors who are my friends.”

This cooperation was a win-win situation: It enabled the Buxanis to “spread the risk” involved in a larger property purchase and gave their investor friends a chance to put their money in Singapore property.

“I don’t want to put all my eggs into one basket, and my investors don’t want an active role to play,” Mr Kishore Buxani said.

The availability of capital proved to be important, as GMG Building had received three other offers since the launch of its tender in June.

Robinson Land beat the other interested parties based on its $48 million offer, said Mr Shaun Poh, director of auctions and investments at DTZ Debenham Tie Leung, which marketed the property.

The price – which works out to $875 per sq ft of total floor area – was “a little high for the area”, but other potential buyers later regretted that they did not buy the building because “there are not many office buildings of this size now available”, said Mr Poh.

Similar alliances have allowed small-time local property developers such as Sing Holdings and Chip Eng Seng to buy and develop larger sites than they could otherwise afford.

Forum, which has US$1.2 billion (S$1.9 billion) of funds under management, took a 30 per cent stake in both projects.

This enabled Sing Holdings to fork out $86.7 million in total for Finland Gardens in Siglap Road and Bellerive in Bukit Timah.

Sing Holdings is likely to team up again with Forum – which has an interest of just under 5 per cent in the developer – for future developments, said Sing Holdings managing director Lee Sze Hao.

“For property, you need a fairly large amount of capital to do business,” he said.

“What we have is the expertise of development, what they have are the resources, so we can complement each other and do more projects.”

Sing Holdings plans to acquire two more sites, each costing between $50 million and $100 million, by the end of next year.

It will build mid-tier developments with about 100 units on each site, said Mr Lee.